A Client’s Eye View… of Richard and Anne

Sometimes the best way to see yourself… is through the eyes of a friend. Recently we asked Arciform client and good friend to share here “Client’s Eye View” of Arciform husband and wife team Anne and Richard De Wolf.

Here’s what she had to say:

Anne and Richard – bio from a friend

Has this ever happened to you? Monday morning is rolling toward you, but instead of dreading it, you’re excited. Why? It will be a break from your honey and the kids. For at least eight hours you won’t have to listen to them.

Now imagine that you work with your spouse. You’re together ALL the time. With employees. With bills to pay and argue about not just at home, but at work too! How much fun is that?

Welcome to the world of Anne and Richard at Arciform. Why do they do it? For the love of creating. For the love of design. For the fame, the publicity, world domination. And of course – for the clients. The wonderful, grateful, annoying-as-hell clients. As one of those clients, and as a friend who’s known them for 20 years, I have some insight about why a couple would work together. 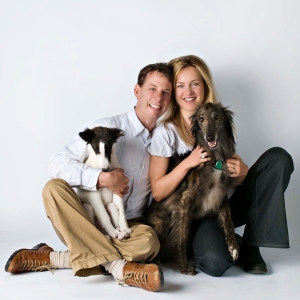 First of all, let’s get this out there:  Anne and Richard are both so creative it pisses me off. I met them back when they were living together in a loft on Everett. It was a gallery space, so they were required to open it up on First Thursday to everyone. They had their own artwork displayed – there are two pieces I remember best. Anne had a painting showing a series of apples – first as an apple, with each successive picture showing it morph into a woman. Richard had an Ernie and Bert set of paintings that got them into a bit of trouble. See, he painted them with their pants off. One small lawsuit later, the paintings were no longer displayed. Very creative, right? 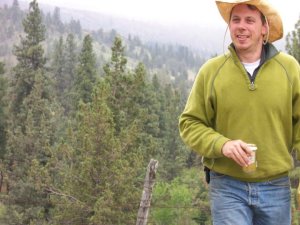 Back then they had very little money, but that famous creativity was everywhere. The loft was tiny, so the queen mattress was hung in a hammock-type support made of rope close to the ceiling. It was a space saver, though I’m not sure it offered tons of back support. But they were young! Anne hung every bouquet of roses Richard gave her from the beams to dry, and soon there was a row of them as décor. They kept their motorcycles inside, and they served as artwork as well. I think there was a chopper in the front window? I considered them my “cool” friends. Still do.

Do you see a theme here? Artist in an artist’s loft, living downtown, creating from what is at hand? Let’s continue.

Back then Richard exercised his wheeling and dealing flair– but on a smaller scale – by buying and selling their only car. In the first couple of years I knew them they had a VW wagon painted with big, hippie-trippie flowers, an old Land-Cruiser, some kind of Audi, and many motorcycles. He made money on each one. Anne was in school and working, She commuted on a motorcycle to Marylhurst to save on gas, with her artist tube / portfolio strapped to her back. What did she do when it rained, you ask? She wore a bright yellow rain-slicker jumpsuit on the motorcycle. Thrift and creativity and cool, all rolled into one. And a bit of craziness.

It really seems obvious that they were destined to become a design / construction firm. Richard went to get a contractor’s license and was appalled at the lack of business knowledge evidenced by the others in the licensing class. Anne was working at design firms and furniture stores while finishing the Marylhurst design program. She bought classic furniture and a fantastic price before they had a place to put it. Since they’re both the best at what they do, with whom else would they work?

So Arciform was started. It was just Richard and one employee at first, but soon Anne joined them. And here their differences are put to good use. Richard can figure anything out – whether it’s a contract or how to move an historic cabin to a better location. Anne takes the toughest design problems because they’re the most fun for her. Like riding a motorcycle in the rain. Richard buys buildings and businesses; Anne keeps getting her picture in magazines and papers.

Can you imagine them doing anything but running Arciform? And when they say it’s hard, as a client I only have one response. Suck it up and deal, guys. Your clients need you. 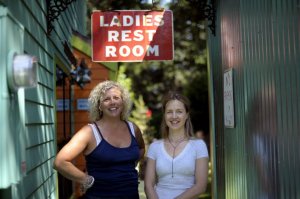 Nancy is an accountant who offsets the practicality of her day job with extravagant and outrageous remodeling projects, often involving massive amounts of scrap metal.  In her free time she can be found dreaming up new ways to turn her house into an art installation, digging through scrap heaps, and contemplating a world without plastic. Check out Nancy’s blog here: www.replaceinpdx.com/