Let’s Go to the Theater! 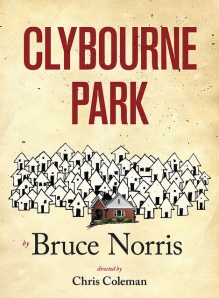 What stories does your house have to tell? What role does your neighborhood, its unique history and the larger community play in defining what happens to your home, even after you buy it?

You are cordially invited to join Anne, Richard and the Arciform crew at the April 30th 7:30 pm performance, which will feature a post-show discussion about preservation in Portland’s changing neighborhoods.

Here’s the details from PCS about the performance and the discussion, which will include Arciform owner Richard De Wolf.

Details: Clybourne Park explores the transition of one home in a Chicago neighborhood from a middle-class suburban structure in 1959 to a dilapidated urban building in 2009. It’s new owners just want to tear it down and start over. But should it be preserved?

We hope you will join us for this fascinating performance and discussion.

Click here to purchase your tickets online and don’t forget to use the code “ARCIFORM” to save $10 off per ticket!

We look forward to hearing  your thoughts after the show!